The Irish Film and Television Awards 2015

And so it hit about 6.20pm and Derek on the door told me I had about 20 minutes to get ready before the bell rang, so I popped out to the car, swapped the Canon for the phone and stripped off the cap and t-shirt in favour of an auld 70’s tux and scarf to look cool and hip like all the other attendees.

The scarf couldn’t have been a worse choice.

On the way in Tom the security man was having a chat with the O’Carroll clan. It’s funny the way these things work, the amount of press shouting away at Brendan for a photo and all they’d have to do is go around the side, say hello and ask politely for a photo. I’m going to treasure this one because it was a lovely moment for the three of us. Danny hugged Brendan on his achievement. They were nervous so we spoke a little then I jetted off to the red.

That feckin scarf though! What a bad choice.

So in we walk, I chat to Dermot again on the door and onto the red carpet we go.

Now these things aren’t my cup of tea at all. I’m pretty lucky I’m small and inconspicuous. I also haven’t worked in Ireland for the passed 5 years or so, so the tv and cameras didn’t do the roaring in my face stuff or shouting for attention but I still felt odd being there.

I quickly found a few ‘soon-to-be’ friends and had the craic as much as we could while commenting how ridiculous we felt. I knew I was covering the event too so I brought my phone for some selfies and asked away. Jenny Dixon was gorgeous and Ronan chatted away about his new album which comes out in February. Twas nice to meet them. 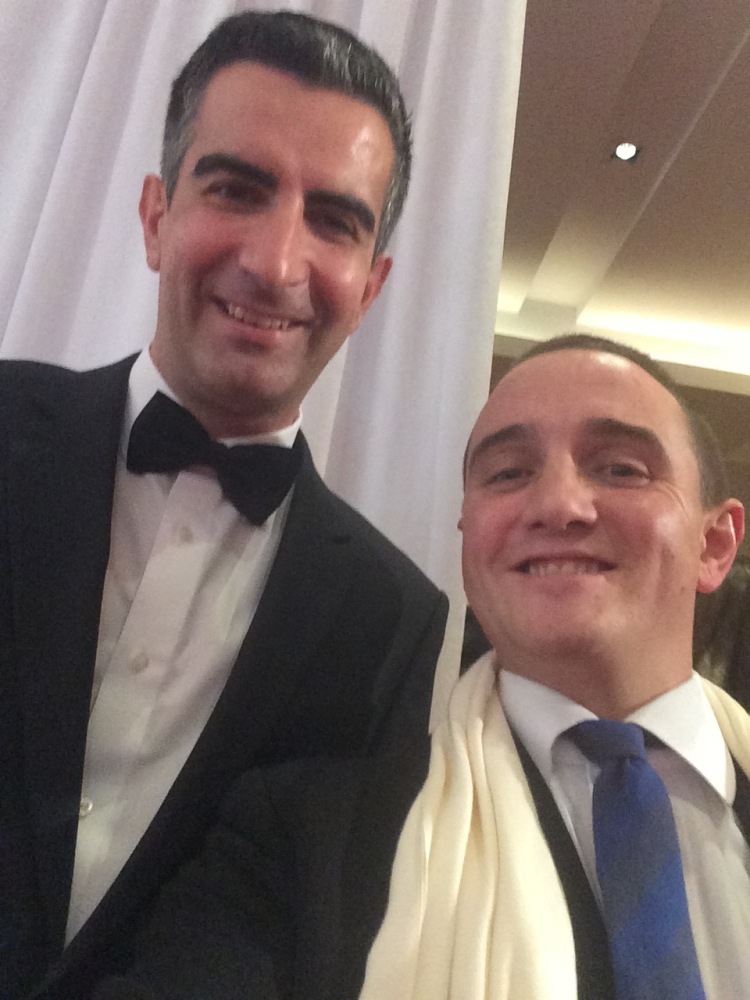 It turned out to be a lovely walk to be honest. Nice and calm, got the job done and walked through. The cameras had got their hit and miss dress shots at that stage so they weren’t really bothered by us.

On a side note: What a horrible thing to do by the way, who’s dress was awful and who’s wasn’t. Go way and get a life for yourselves if it’s your job…slagging off a person who’s spent ages getting ready and is there purely to support her team, her production or her friends. She doesn’t need your approval any way so be nice and go home.

Anyways in we go to the room and it’s beautiful. The Hilton is done out in her nines. Lots of crystal and Newbridge forks and chandelier sticky uppy things on what I can only assume we’re the nominee tables. We also got Mac gift bags which were lovely too and I have my sisters Christmas present sorted now… Sound Mac ye legends.

Table 6 became home for the evening… And what a table it turned out to be. Dya know one of those parties you go to alone and end up friends with everyone. Partly because people are nice and introduce themselves and partly because you don’t want to be the saddo in the corner who’s miserable and lonely… Well that was us… So table 6 became a powerhouse of craic and emotion. We even challenged Maria Walsh’s table 23 to a dance off later in the evening. She was right to refuse cuz they would have been whupped out the gate.

The awards started and people won and lost, came second, third and fourth. Loads of other media forums will tell you the results so I don’t need to bother. This is a long ass post as it is. Red Rock, 50 ways to Kill your Mammy and Mrs Browns Boys all won and were predicted. Congrats to all.

The highlight of the evening for me was Brendan O’Carroll getting the lifetime achievement award in front of his peers.

‘Someone asked me on the way in what my bucket list is,’ he told the crowd as he smiled down at us with glassy eyes, and then he listed out his kids names, their jobs and successes and how he was thrilled that the show was so well received… ‘My bucket list is complete’.

It was just so inspiring. That a hard grafter with an innate talent for comedy gold can still be as passionate and ambitious about his work and creations 40 years after he began them. Mrs Browns Boys is 25 years old itself! Now that’s commitment and follow through.

I guess it hit me nicely because I’ve been travelling for the last 4 years in a job that looked great but wasn’t personally enjoyable. We hit the west end, travelled, made people very happy but I missed the Irish passion for work and the craic after as one.

The IFTAS were basically our pint together after a long weeks work, the Friday scoop with colleagues after you’ve put in an honest months work and every person shows up and has the craic together. 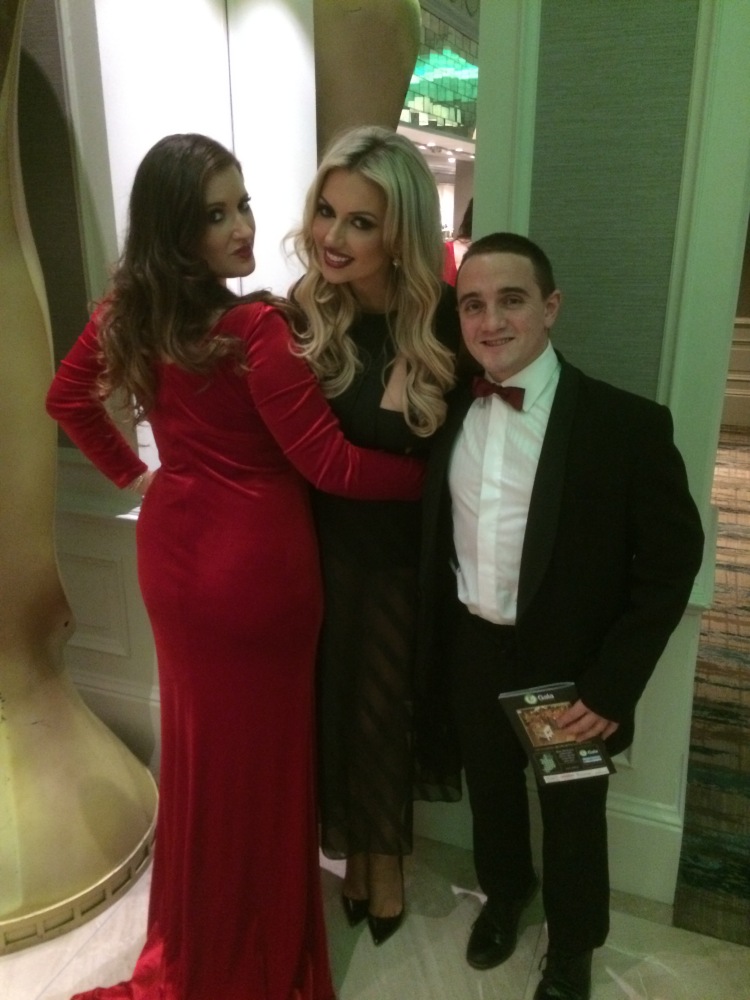 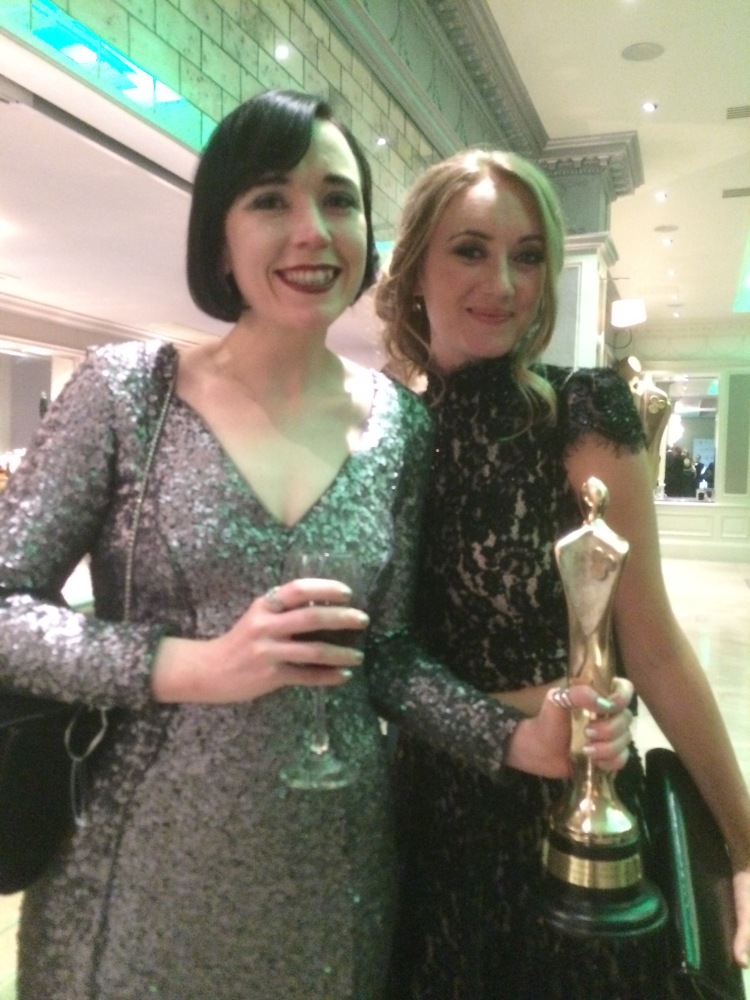 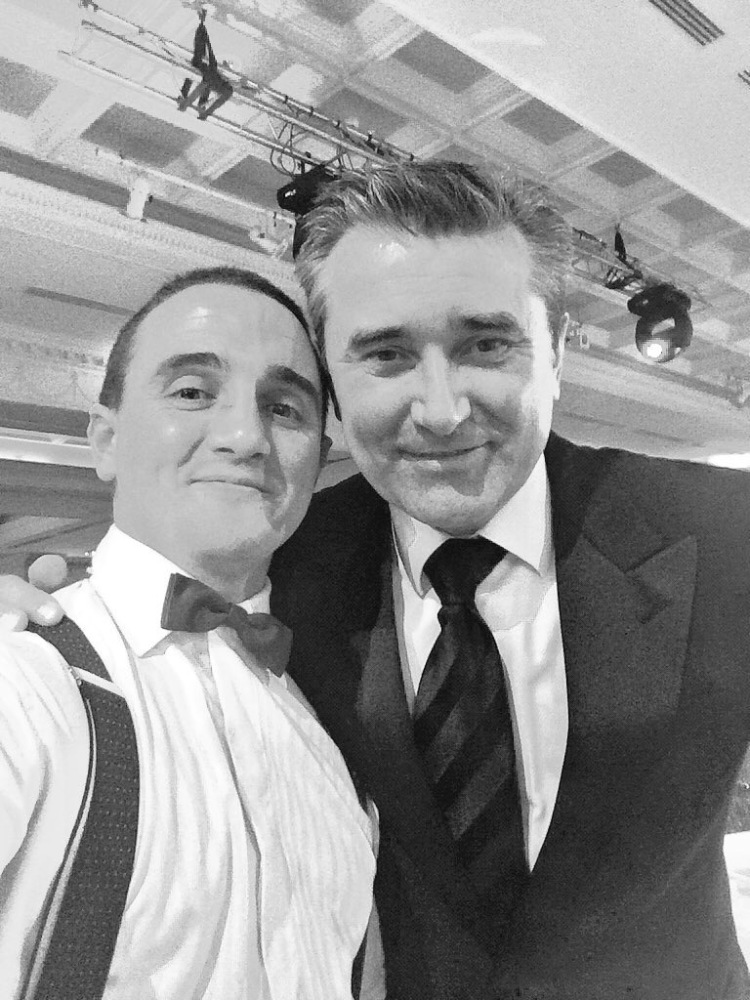 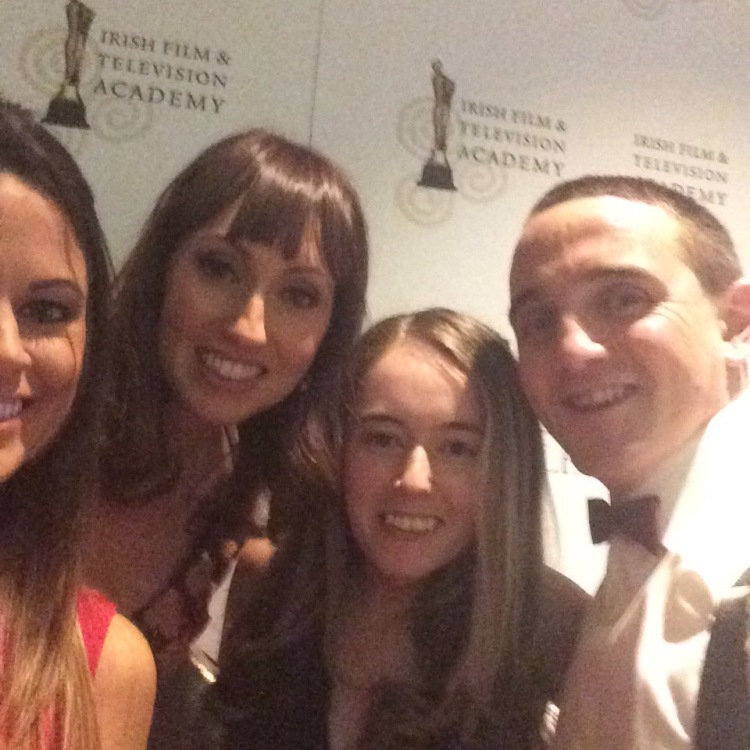 Everyone in the arts in Ireland works together at some point, that’s just how it is. Everyone is valuable so there’s a level of respect that you must treat everyone with as all play an important role in a production and you will, undoubtedly, work with them again. And you may work together again in different capacities.

The arts in Ireland are so badly funded too (given we keep giving the silly bankers our money) and so many people have to have Brendan’s self belief and ambition, that the level of talent and show coming out of this country is incredible. Everyone pushes hard and well and honestly.

I’ll put it this way: I saw Frank, St. Patrick’s Day, In Bruge, Amber, Red Rock, Fair City, the Guard, Vikings, Game of Thrones all on foreign shores and I thought Jesus, this West End malarkey is a load of shite, I should be back working with that lot. My agent was happy when I told her.

It’s just such a culture of production values with super people at every level that are rivalling the finest of big budget productions. But one can see that in our finest exports like Day Lewis or Dearbhla Walsh or Robbie Sheehan. Farrell, Fricker and FAssbender and sure the list could go on.

It was a lovely evening. I’m terribly glad I went and had the privilege of meeting people who graft every day.

This post is the main body of the three part article series. Third and final one will be tomorrow:

Heres what the Tigers up to:

Some craic he’s having.

So For three years I’ve been writing for and as TPJ x, this is one of my first articles under my own name. If the Tiger is with me, he subs in. It keeps a bit of anonymity and spice in it and it’s great bloody craic. It is weird writing as myself though. Suppose I should do it more but I don’t like it. I get worried about the readers opinion. If any comments offend or photos unflatter, please accept my apologies in advance. I thought ye looked great.

The photos are available for use by all attendees and their teams. Unfortunately journalists you guys can’t use these without the Tigers permission as they’re copyrighted. Email is at the bottom of the site.

We missed the hot celebs