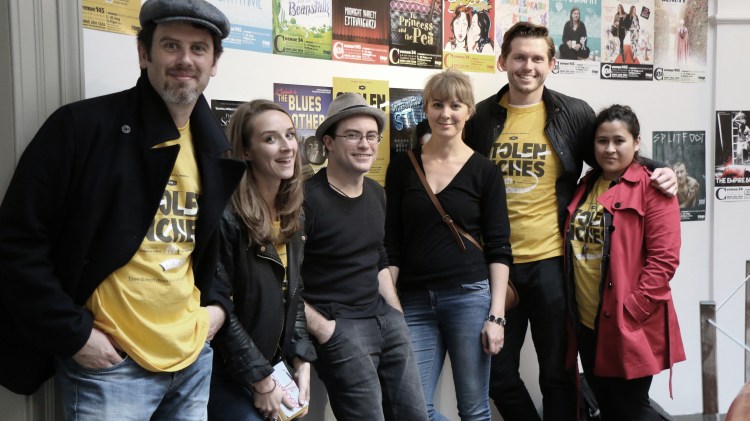 Entering C Nova located just off the top of the Royal Mile, I didn’t have high hopes for a new writing piece. I was extremely surprised to find myself perfectly engaged right from the start by the four actors and their surroundings.

Basically, the general premise is a 24 year old, petite, shoe designer, Simon (Ed Howells) has had enough of the world’s ridicule and decides to take his parents to court for years of neglect and unjustified shame. His brother and father are both involved in television so they decide to make a documentary to tell their tale from the beginning.

This is where the writer’s prowess comes in and where the actors excel. They break the fourth wall and speak out to the audience as if they are talking to the cameramen and interviewers. Without going into too much detail of the content, (I try to avoid spoilers) the actors make the audience aware of their fears and loves through story-telling of passed events in documentary style.

Ed Howells who plays Simon is magnificent as the hero and his brother Seb is played well by Philip Scott-Wallace. Their connection on stage has obviously been worked and tried and tested with much rehearsal and mutual understanding. Both play their roles exceptionally. Howells shines a the lead and ends up becoming the anti-hero that they have all claimed he was.

Their parents Susan and Bernard Wenlock (Holly Blair and Neil Andrew) are ever present and work really well together. A powerful scene where she describes her feelings towards her kids being ruined by her really shines of beautiful acting and subtle power. Neil Andrew never wavers from his authoritative position but one can feel his inside struggle which was clearly passed on to his two sons, especailly Seb. He is happiest alone on his boat named after his daughter.

On the whole, writer Cordelia O’Neill has done a super job in bringing this play to life and the actors have really delved into who the characters are and why they are there. You can tell immediately that they are all trained and are heavily invested in the play. As it was the first night, the show was filled with first night jitters and jumps but I quite like that – it means it’s important to them. The actors will relax into the roles the more they perform it. In a weeks time, the play will hit it’s peak and they’ll be a genuine five star show.

I have rated the show 5 stars, when in actuality it is probably at 4 to 4.5 at the moment but I feel, given it’s potential in a week it will reach the height of it’s greatness. I hope it tours after Edinburgh. 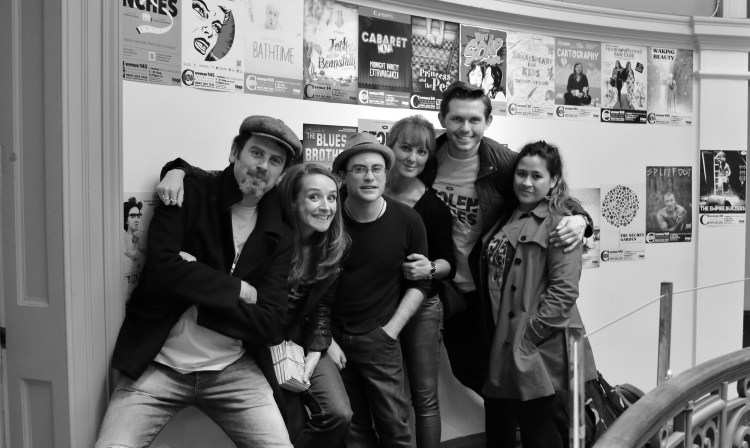 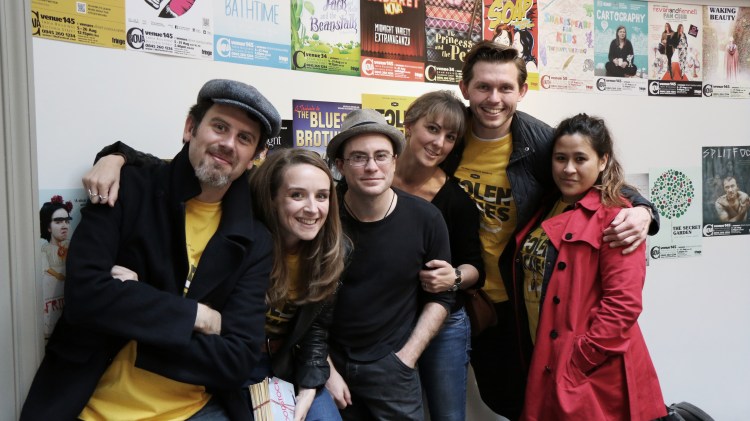