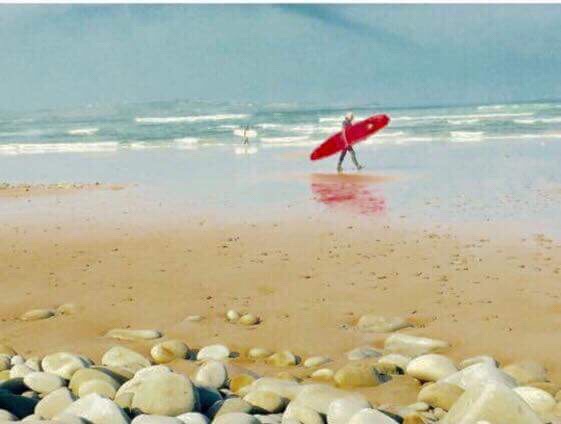 Sometimes the waves are short and sweet.

Sometimes the waves are never ending and amazing-these are the waves that the surfer holds on to so tightly and tries to never let go of them.

Sometimes the waves can become rough, this roughness is the rough times that that person goes through in love throughout his life.

Sometimes waves try to hurt the surfer by directing the surfer into rocks or a shallow shore. These are the waves that the surfer regrets surfing and wishes he never got onto the board.

Sometimes these waves scare the surfer and he is afraid to ride another wave because he is afraid of getting hurt as he did before.

No matter how hard the surfer tries to hold onto the waves at the end it will die out but if the surfer loves that one wave more that any other then he will hold the memory and the moments that has occurred during that wave and hold it in his heart until it is time for his own wave to die out and hit the shallow shores of a new beach.

The waves are waves of love and the surfer is the person riding and holding onto that love.