So today I went to Limerick City’s newest Vegetarian and Vegan restaurant located on the top of Thomas Street. It’s called the Old Firestation and it looks new and class.

It is presently a building site, that’s how new it is.

It was occupied at the time by the owner and gentleman, Kevin Kiely Jnr, who is well known in Limerick’s theatrical and arts circles. He was being helped with the construction of the bathrooms by Sean and Andrew. Sean and Marci are also joint owners and contribute greatly to the vision.

I went in, had the chats and came out with a lovely few photos of the place and a good grasp of what they are going for.

That being to bring good Vegetarian and Vegan food to Limerick city. No hassle, no problem food with a spicy edge. They seem like a good team.

The venue is an old Limerick building is steeped in history. It’s an old Fire Brigade house and it smells like memories. They are right in the middle of the building renovations and they are going well seemingly. It feels quite LA meets London located in the heart of Limerick City.

The restaurant is due to open the week before Christmas. Construction is well under way and the wooden area in the photos is the toilets and store rooms. I love that we were there to see some of the build-feels like we were there right from the beginning.

We stepped across the road to Bella Italia for a quick bite and they told me of what they were trying to accomplish:

To bring Vegan food to Limerick.

Sean, a Garryowen supporter and one of the financiers of the project is really looking forward to the place being open.

‘It’s a great space with a good location so we hope to bring a bit more life to the top of Thomas Street and onto Wickham Street. People tend to stop at Foxes Bow and go no further. We want to change that’.

Kevin, who is clearly very excited about his new project and proud of what they are creating described his original vision:

‘We want to bring good, healthy Vegan and Vegetarian food to Limerick. I became a Vegan three years ago and I love it. It can be as tasty as you want and doesn’t have to be boring’.

They went onto describe the Menu, which does sound delicious, and which includes Tofu, tasty Salads, an inventive process and all dishes which if cooked shall be fried in Rapeseed Oil.

They will also be giving out free Porridge from 8am every morning.

This really blew me away. If they hold true to their word and vision? they could really help a lot of people in Limerick who struggle to afford breakfast in the mornings or are too busy with work to have a sustainable breakfast. If they work in Limerick City they can just pop up to The Old Firestation and get a healthy breakfast whenever they want. Such a great idea. I do love Porridge though!

When I entered the venue, it seemed like they are building it from scratch with their bare hands so the feel of the place is already very homely.

I’m going to stop the article here, I find long articles are shite and boring. I will be returning to the place a few more times to see how they’re getting on with the build so I’ll let ye know how it’s going.

It’s really exciting that young entrepreneurs like Kiely are taking control of the city for themselves and thinking outside the box. Ten years ago, a 30 year old wouldn’t have been able to rent a space in the city. Now rents are down, buildings are empty and it has allowed the dreamers to flourish with their ideas. 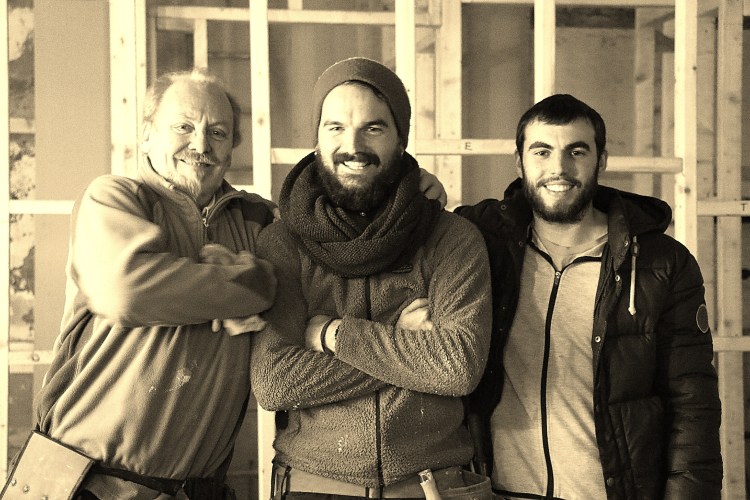 I really hope it works out for them. it seems like a great idea and I think that the population of Limerick will come out to support this local business in what they are creating. Good luck with it all.

We’ll let you know how it is going,