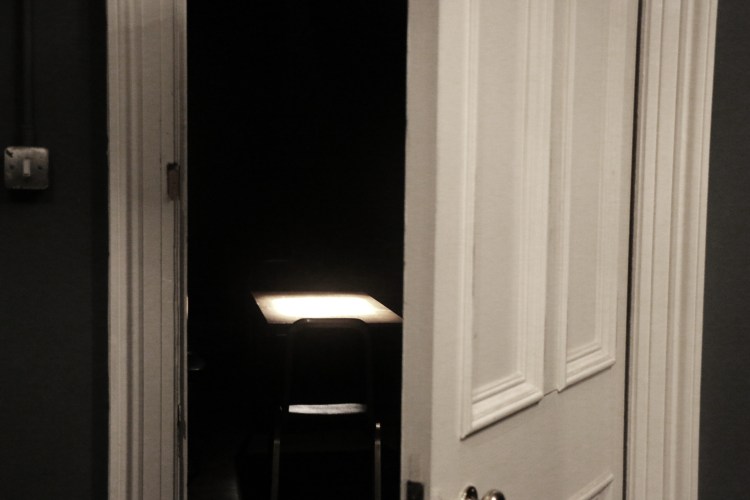 What can I say about this show? The writing is genius and it’s the only Beckett piece on in the festival I believe, the premise is good and the direction is ambituous.

When one enters the theatre you are given a blindfold and asked to put it on. The actors, who have tape over their mouths, then guide the frightened audience to their seat.

Then the two Beckett plays commence.

The next is set in some sort of torture chamber where a gentleman is controlling the punishment of some people and has a stompy friend Dick who is clearly deranged and a lady who has a lovely voice and a charming characterisation.

All of this is heightened by the fact that you can’t see, because you’re made to wear a blindfold. This was explained to me as a Beckett Law which states that only radio plays written for the radio are permitted to be played on radio. Therefore by blinding the audience, they create a radio like situation.

This is a good show, I enjoyed it. They were very invested in their characters and played them well. I especially liked the second of the two plays.

When I asked Tristram, the director what Beckett meant to him in two sentences, e said ‘There is Silence in Music. Less is always more.’

Altogether a solid show with a bright future. They need to get some fans in to the theatre though. It was so warm in there! 4 Stars.