The Aviva is a special place in Dublin. It has memories of many a many a many a match woven into the walls and floorboards and many a player who has thread it’s boards can recall their most memorable game. There is an essence of history permeating from its being looming over D4.

The Irish soccer team have provided their nation with some unbelievable memories in the past. David O’Leary, John Aldridge, Ray Houghton, Packie Bonner, Ian Harte, Robbie Keane, Steve Staunton, Jason McAteer to name only a few in the passed 20 years and on Thursday night last, they bloody did it again. Shane Long’s goal has to rank up there with the best of them.

A justifiably confident German team came to Dublin with high hopes of securing a first place spot and an easy ticket to France next year… They left with sore bodies, bruised hearts and confused heads.

In the defensive match Shane Long scored a screamer, McCarthy had a stormer and Hoolihan brought his A game to the table which would easily rival Matty Holland, Kevin Kilbane’s, Jason McAteer’s or even Robbie Keane’s best performances over the years. The team thrived for each other and the supporters almost brought the roof down just to help them.

If Martin O’Neill had asked asked any of the 40,000 people if they had the balls to come on against die Deutsche, I’d say they would have pulled the boots out of the nap sack and jumped the fence.

I genuinely think that the Irish rugby team gives confidence to the Irish soccer team (and vice versa) who in turn give confidence to every other Irish athlete competing in any international event. We are a nation filled with pride at the moment.

Sunday September 11th sees both the Irish teams playing their rivals. The rugby is France in Cardiff, the soccer sees us taking on Poland in Poland. It’s two big tests at 5pm and 8pm (I think) respectively and I’d say 4million people here will watch at least one of the games.

We tomorrow be a shimmering success? I’m not sure about the soccer – hopefully, dear God, hopefully.  I was in the crowd in Poznan when Sean St. Ledger put us level with the Croats and it was one of my favourite sporting memories ever. The Irish soccer fans are exceptional given that we’re below mediocre most of the time. But a bit of skill and a shitload of heart goes a long way.

I hope we beat Poland and automatically qualify. Will we beat France in the rugby? Abso-bloody-lutely! There is no doubt in my mind.

Whatever the results, the population may, no, will require a national holiday on Monday if one team wins and also Tuesday too if both teams do the business.

I’ll be in a pub in Limerick city for both. And I Cannot Wait. 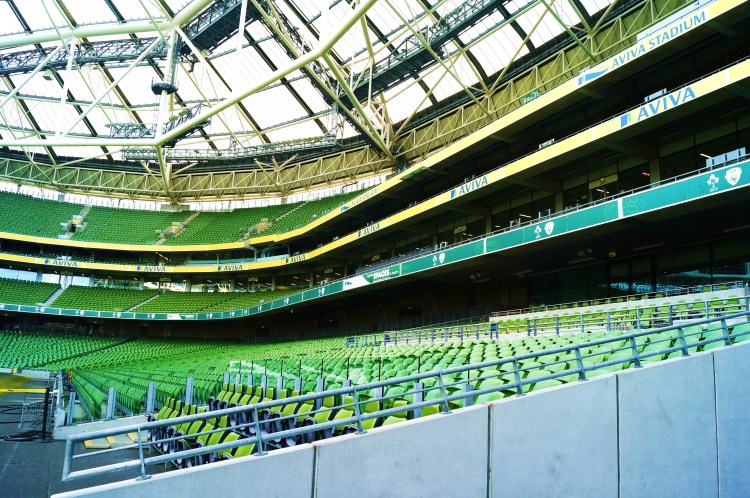