Will Wales beat England and Australia in their group of death? 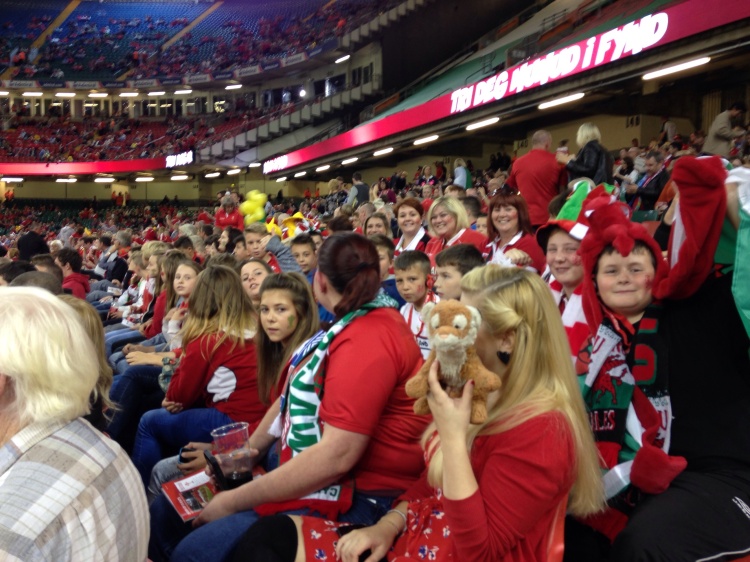 We got a lot of stick for yesterday’s article. And when I say a lot of stick, I mean a LOT of stick. We could have made a bonfire with the amount of sticks gien to us by different citizens of different rugby playing nations. But the funny thing was nobody really disagreed with us, they just made sure we understood that their team would give us a run for our money.

And that’s maybe where we went wrong yesterday. Maybe it was arrogance creeping in when I usually just allow the actions speak first and the confidence remain in tact.

That’s the thing with predictions though. You gotta be arrogant. Only God knows what will happen, sure everyone else knows what should happen but it rarely does right. South Africa were NOT supposed to be beaten by Japan…but they were…and it was wonderful to watch. Italy could give us a good game and beat us if we aren’t prepared…like Hannibal at Carthage.

I feel clarification is in order. I am a Tiger teddy bear. I write from my own point of view. There are 12 people (see our contributors up top) that all write for my website. I predominately travel with a little Irish puffter dancer who claims he’s hetro but we all know he’s not. (Not that it’s a bad thing at all I voted Yes in the referendum-sorry off topic)

He loves rugby and he loves Ireland. He was born in Limerick in the same hospital on the same day as Keith Earls. They attended the same school together and played on the same and different rugby teams (Munchin’s v Nessans, Shannon v Thomond). Also in their school were Connor Murray, Damien Varley, Donnacha Ryan, Jeremy Flannery, Marcus Horan, Barry Murphy and a bunch load of players who should have made it. He knows them all and they all know him.

He is qualified to report on the matches. He’s covering Romania on Saturday, France and Italy and might be heading to Cardiff for the quarters (Ireland Arg and NZ v ?)

Now that question mark should be France right?

In the other side we have predicted Australia v Scotland/USA and South Africa v ?

Aye, that last question mark is the Rub. Will it be Wales or will it be England. Only one thing can answer this question. Post a double motivational video from respective sides. Without further ado:

If you ask me there is only one winner here. We could Oscar the shit out of it and judge it by feeling, expense, heart, actors, singing voice (Scott would lose that one to the magical Elle Eyre). But it’s an easy vote. Wales will win. It all comes down to pressure. Wales know they can return to Cardiff without a place in the quarters and still be clapped down the main street of Cardiff for trying. Their Sargent is gone, their kicker is gone, their route one to victory is gone. But they’ll still give it their all.

England on the other hand are bricking it. They are afraid to get sin-binned and hit him the hardest lest Beckham memories of Argentina come to haunt them and when they return to Northampton they get boo-ed by their own fans. How hard must that be. To know that your own fans may boo you. That’s the wrong sort of pressure. The tyre will explode with that pressure.

Are they a good young side – Yes. Are they dangerous – Yes of course but Do they have any players that would get on the New Zealand Welsh Irish or Australian team – I don’t think so. And that’s why they’ll be beaten. It’s a harsh lesson but Carter, Biggar, Sexton or Cooper would not be replaced by Farrell. And you can do that with any position.

Wales have a good chance of beating England and Australia…

I think that’s all for today. Looking forward to Ireland Romania and maybe meeting some one the boys after. Met Shane Williams there the other day at the Wales Italian warm up which we covered and Parisse was just immense. Williams is such a gent. 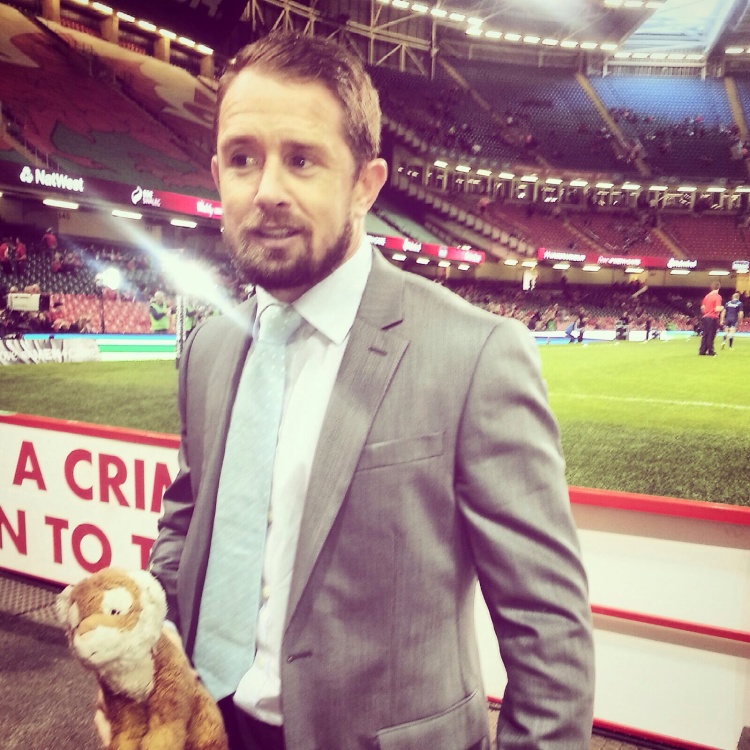 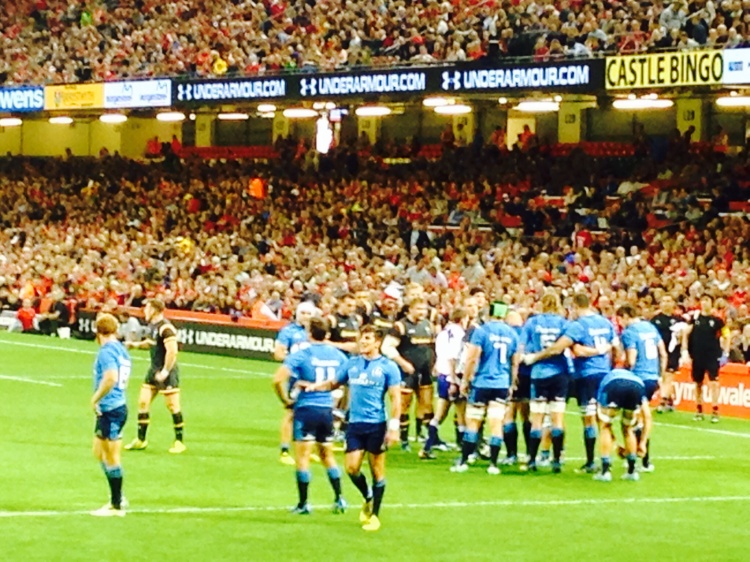 TPJ Prediction: Wales Australia to come out of the group if England are too nervous against either. By right it should be the three but I just can’t see it happening (what with the general rules and stuff). Wales Australia Third Place playoff in the Olympic Stadium on the 30th.

[quick proviso: I think I may be wrong and England might pip them…but they both have home advantage so what happens there]

Take it Easy you Lot,